Here’s a thing you may not know about me: I don’t drink. Nor do I smoke or have a ghastly drug habit. But, I do have nasty habits that aren’t good for me. One of those is soda. I LOVE soda. I try really hard not to drink too much – with varying degrees of success – but, I love, love, love it. I rank my favorite sodas in the same way a fancy-schmancy wine taster might compile a best-of list for a hoighty-toighty magazine. 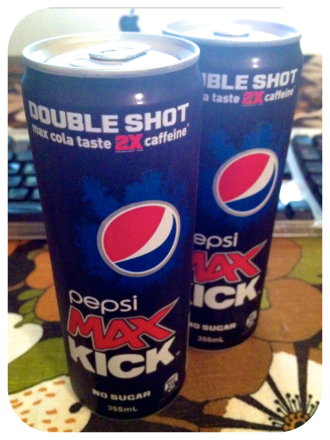 My favorites are the Pepsi family of sodas and my bestie, Panda, also has a well-developed Pepsi-fancy. Recently, Pepsi released a new drink – presumably to compete with the “power drink” market – named “Pepsi Max Kick”. I was ever so excited. I ran out and bought two cans and I sent Panda a message:

I got two! One for me and one for you (which I shall drink in your honor – thought maybe not all at once in case my head ‘splodes)

To which she replied:

Well, naturally, I complied with her request, and I did so in pictures. And so, gentle reader, for your consumer information, I present you a pictorial review of the beverage “Pepsi Max Kick”.

It all starts with a “ksssshhhhhtt”. You may also notice that I forgot it was still winter and decided it would be a good idea to shave my head. O_O
Oh, Little Stupid. 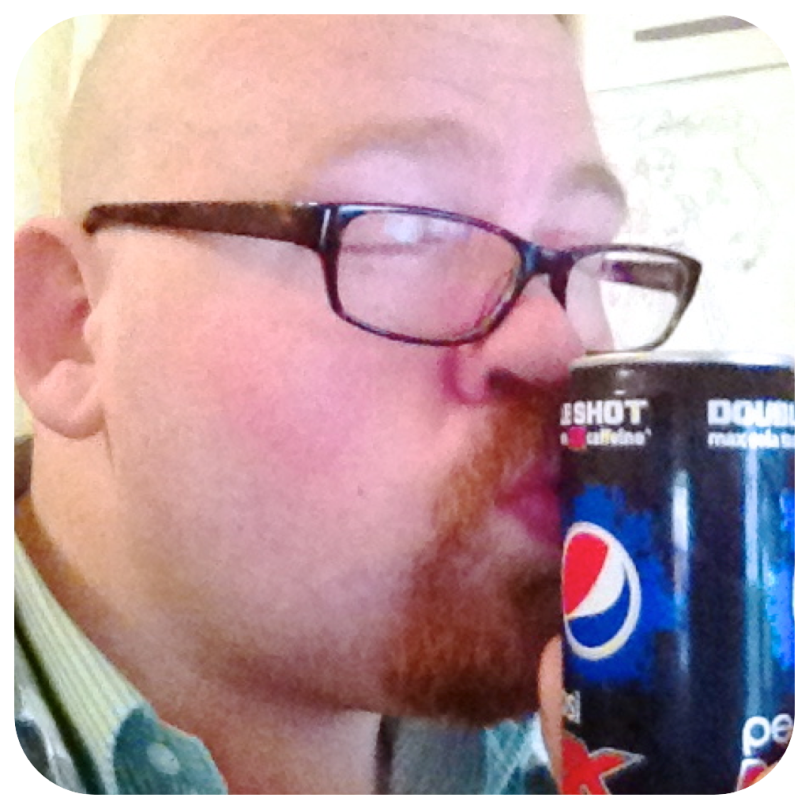 I DO love you, Pepsi! Don’t ever leave me! 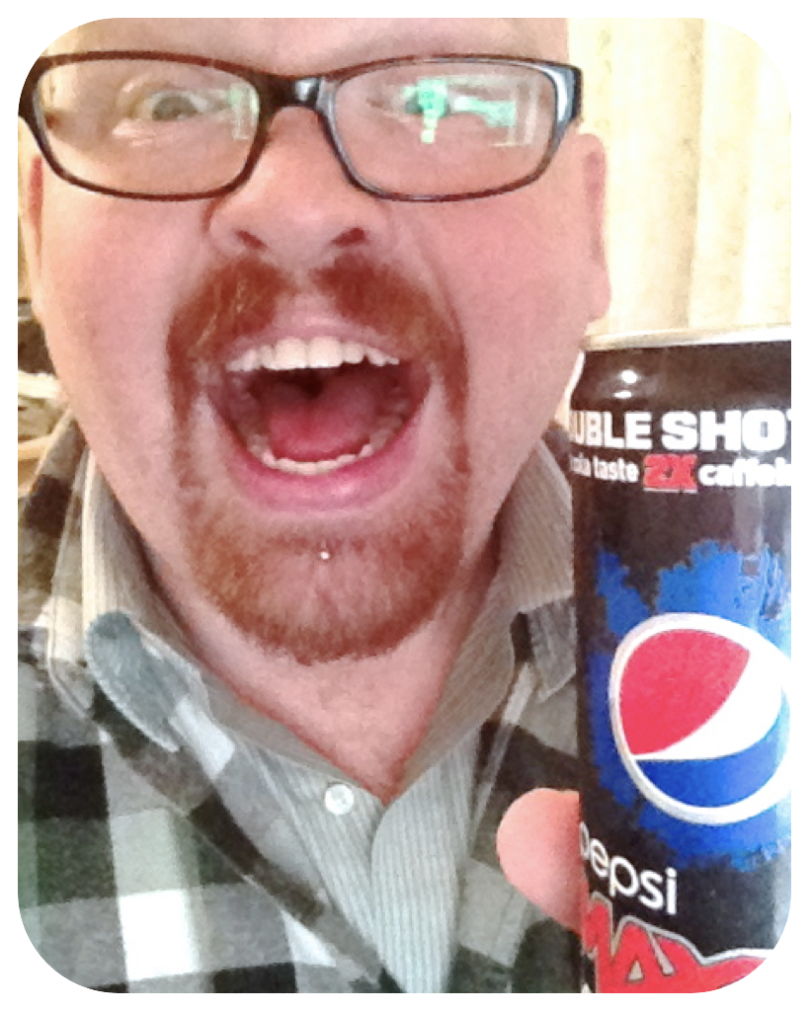 The excitement took its toll.

In conclusion, I would like them to start selling Pepsi Max Kick in 2L bottles. I don’t even care if it shuts my body down one organ at a time… such a sweet way to go…

In seriousness, it tastes just like Pepsi Max, but slightly more flavorful. I didn’t really go bonkers on it, it’s not that intense, but I’ll qualify that by saying things don’t seem to quite affect me as easily – it’s like trying to drug a buffalo. But, I think it provides a good alternative for a caffeine boost to people who, like me, don’t drink coffee and think power drinks taste like fetid cat urine.

Also, please note that this was in no way a paid advertisement by Pepsi…. but it could be! If you’re reading, Pepsi, have your people call my people, we’ll do lunch.

What’re your habits that you can’t kick even if you know better? Sharezies! Don’t let me suffer alone! Hehe ^_~

12 thoughts on “Pepsi Max Kick: A Review In Pictures”